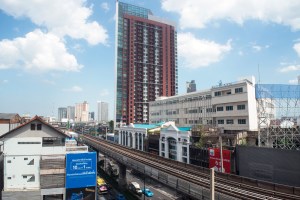 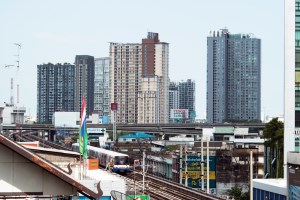 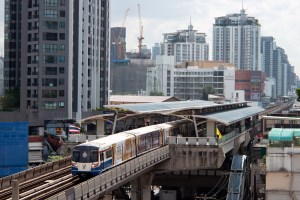 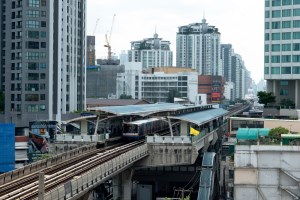 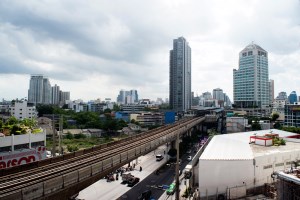 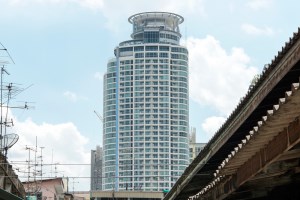 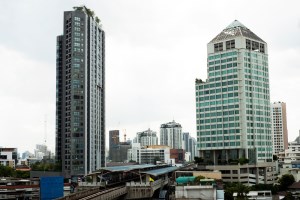 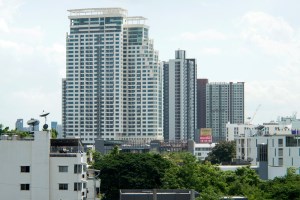 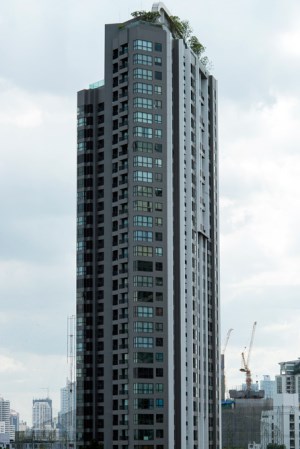 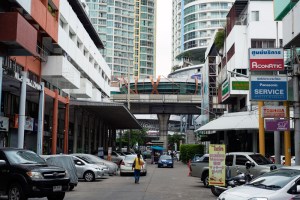 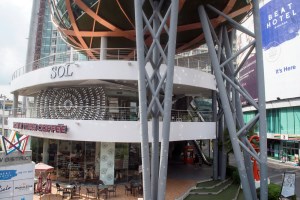 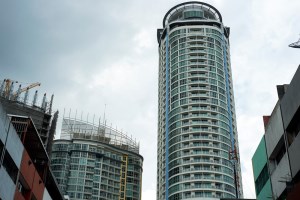 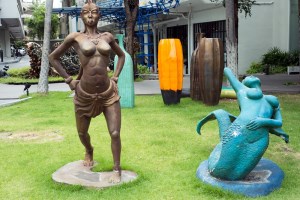 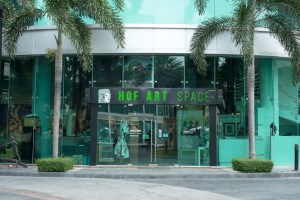 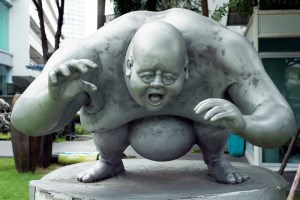 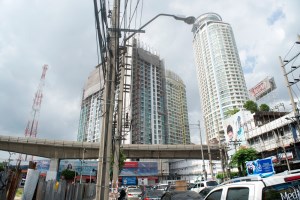 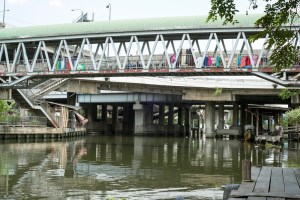 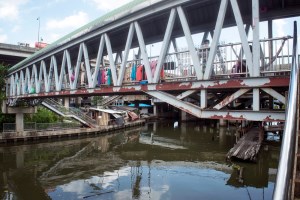 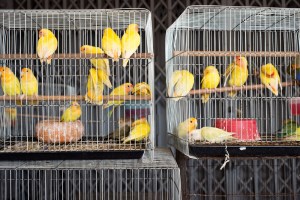 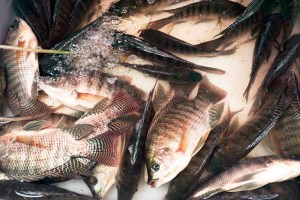 This neighborhood has experienced a resurgence of late, with more businesses and foreigners taking a liking to the area and its panoply of transportation options.

Anchored like a giant cruiseliner at the front of the district is Skywalk Condominium, the tallest condominium on Sukhumvit Road, with two new towers signaling the developers’ goal of establishing it as a destination location. A new art gallery at the same venue, along with an art-themed hotel and a performance space with nightly live music have jazzed up the neighborhood’s reputation.

Phra Khanong and the area around Sukhumvit Soi 71 is a primarily residential area with traditional Chinese shophouse businesses, though adventurous entrepreneurs are starting to take advantage of the lower rents than neighboring Ekkamai and Thong Lor. The residents are mostly Thai families, but expats have taken a liking to larger houses and apartments tucked deep inside the sois that offer a leafy escape.

The area features a Skytrain station at the mouth of the main road, Sukhumvit Soi 71, and turns into Ramkhamhaeng Road once it reaches Phetchaburi Road. Ramkhamhaeng University is the largest in Thailand, and as such the area is jammed with students. The Ramkhamhaeng neighborhood is famed for its cheap shopping and nightlife choices.

Ramkhamhaeng Road stretches out to the Outer Ring toll road and Minburi beyond that, but closer in has access to the handy khlong taxis. The Phra Ram IX and Ram Intra Expressways also provide further options to motorists.

Most of the shopping options are located farther down the soi toward the university, but the front end of the road does have a large supermarket as well as a well-regarded street market that includes one of the few places to get Burmese food in the capital.

The dining and entertainment options are varied in Phra Khanong. The neighborhood is blessed with great street food near the mouth of the Sukhumvit Soi 71 and is within walking distance, a quick Skytrain trip or a taxi from the embarrassment of choices on display in Ekkamai and Thong Lor.

Ramkhamhaeng is for more of a Thai dining experience, with a distinct Isan flavor as many of the students hail from that region.

While the neighborhood has a jam-packed population density, it has not yet become a darling of condo developers save a few large projects near Sukhumvit Road. Many of the abodes remain houses and apartments on the subsois, which make good choices for those seeking something a little quieter.

There is an international school halfway up Sukhumvit Soi 71 which draws some expat families to the area, and across Sukhumvit Road is the major artery Rama IV Road that provides access to the subway and the city’s most popular park.

The area could be considered brimming with potential given its proximity to Ekkamai and Thong Lor and all the entertainment and nightlife establishments they offer. It’s only a matter of time before more condos are built up in this neighborhood and bargain-hunters may want to strike before rents start to skyrocket.